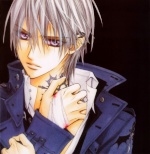 Not a debate as such, but I was curious: what are the 'correct' spellings of character names such as Yuuki/Yuki, Kiryuu/Kiryu and Aidou/Aido?

I ask this because, when I read the manga online, it was generally the first spelling of each used - however, when I bought the English translated versions over here, they use the second spellings!

I know this is probably a bit of a silly question , but I was just curious! Does everyone here use the first set?
SassyKnight 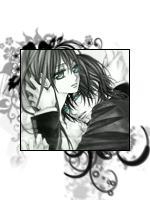 There you go! ^_^
Knightmare

The publishers have a certain style they use when they translate names, they tend not to use the extra vowel letters in names. The online translators have used a spelling that more correct in how the japanese pronounce the names, yuuki means gentle princess, but yuki means snow. I think a lot of reders-listeners wouldnt even hear a difference anyway. The books are considerd the official names. The anime again had different spelling, cain instead of kain, luca instead of ruka, the fanbook used these spellings in the japanese versions, but changed them back to the nromal english version in the english publication. I try to use the online version since most other forum people do.
Brendaandrea16

In reality , there is a lot of crazy stuff related to the translations of a lot of characters' names .

Probably the weirdest ( and the most popular ) mistraslation is the last name Kuran . The Kanji used for this name involves 2 Kanji :" Ku " which means " nine " and " ran " , which means " orchid " . If read as the Kanji appears . It says " Kuran " or " nine orchids " But for some strange reason Hino intended to make people read those symbols as " Clan " .

Don't ask me why she wanted to use that pronunciation . Specially when is not the usual Japanese reading .

I can only presume , Hino had thought of using the " Kuran " Kanji spelling of " nine orchids " as part of the major mystery of Kaname's past . If you had noticed the Kurans' family crest is an orchid . So she didn't wanted people to notice this importance so soon .

Another name Hino intended to be read different from the Kanji spelling is " Ruka " . Hino wanted from the start to use as her name " Luca " . Even if the Kanji reads Ruka and there is no way to pronounce Luca in Japanese .
Shoujo-Zo18

Idk, for me I think Yuuki/Yuki or Kiryuu/Kiryu can be spelled either way, I was confused about which was official too... so I kinda change it from time to time. But for Aidou I have always spelled his name like that ^^ If the original japanese names are supposed to be spelled with the extra "u" then I would rather spell it that way.
Sponsored content